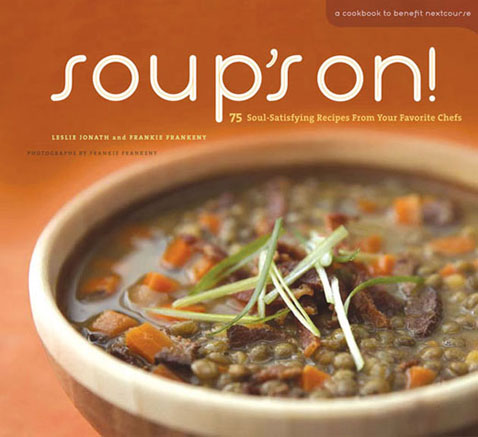 Leslie Jonath is an author and editor. In her 15 years in book publishing, she has edited and/or produced more than 200 cookbooks, including The Art of the Bar and From Our House to Yours. Her articles on food and lifestyles have appeard in San Francisco, 7x7 and Readymade magazines. She is also the author of 13 children's books, including Postmark Paris: A Story in Stamps. She lives in the San Francisco Bay Area.

Frankie Frankeny has a rich history of creating unique visual images like those found in Soup's On! Her creativity and clean, colorful images inspire others to delight in the treats and pleasures of culinary life. Frankie's one-of-a-kind style earned her a spot on Entertainment Weekly's "It List" as one of the 100 Most Creative People in the United States. She also owns Piper/Keller, producer of other Chronicle titles such as Great Greens and The Art of the Bar. She lives in San Francisco.